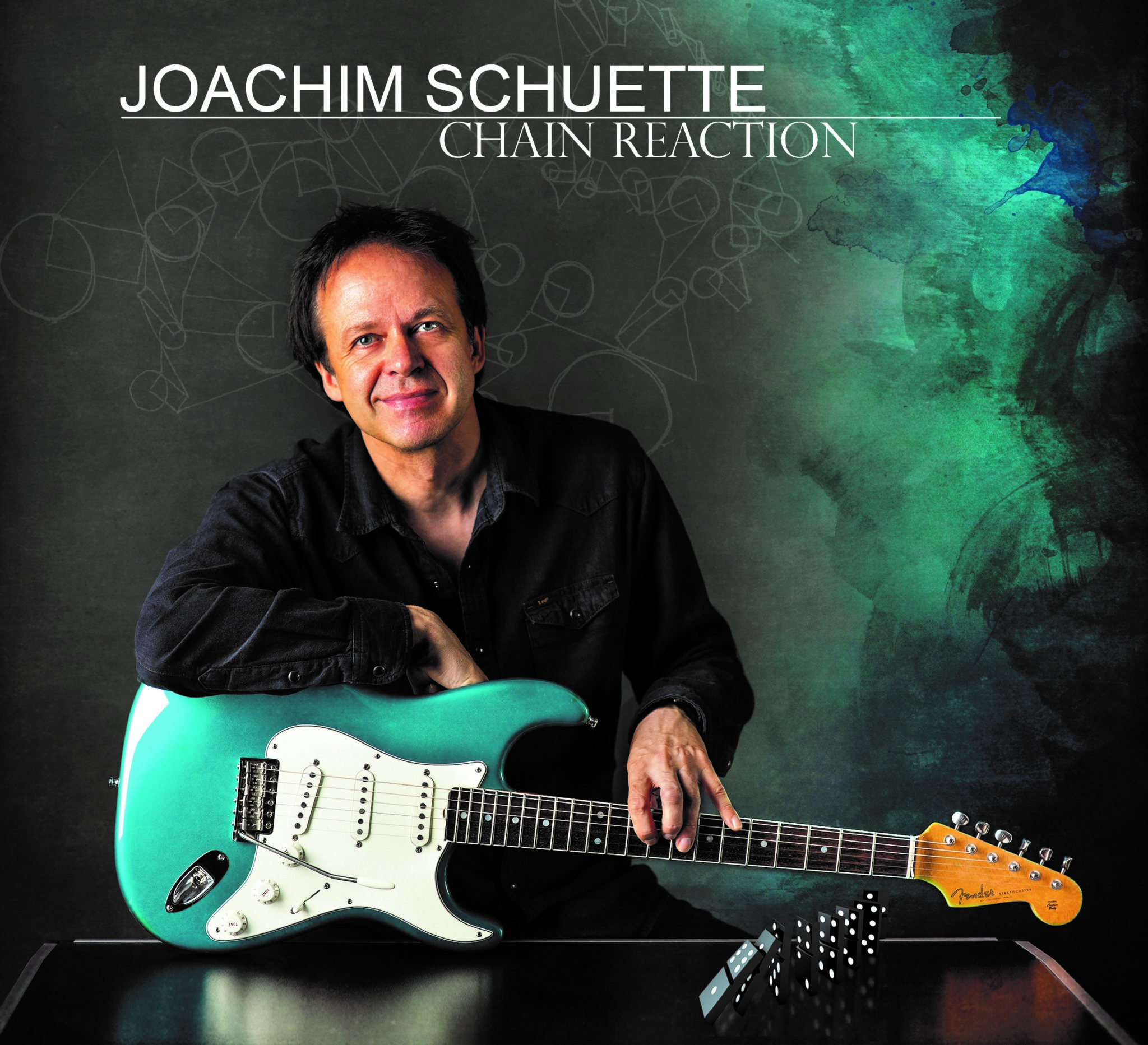 Joachim Schuette is a guitarist, live and studio musician, author of instruction books and guitar teacher from Hanover, Germany . After three productions with his band L.A.SUX,
he decided to go solo for his new project. In his new CD, he has expertly combined a high standard of composition and craftmanship without comprimising engaging melodies and emotions.
His fourth work offers fusion-influenced rock music and emotional ballads away from the norm, intricate riffs, detailed arrangements, an energetic rhythm section and a crystal-clear, powerful sound. Compositions,that despite their complexity, have a high recognition value. The perfect stimuli for guitar fans and rock music lovers who enjoy high standards of sound quality, musicality and songwriting.
Naturally, the outstanding guest musicians who have supported Joachim are also responsible for the CD’s success. The drummer, Michael Wolpers, is well-known from bands such as Running Wild and Victory. Four different bass players have contributed to the CD. Lars Lehmann (Uli Jon Roth, UFO, Ignore The Sign) is a versatile musician with an outstanding musical empathy, who feels just as comfortable in rock music as well as on a 6-string fretless bass. Peter Muller is responsible for some funky slap bass sounds. In addition, Joachim was able to engage two exceptional American musicians for this production, both incorporating very energetic and creative play. Derek Frank usually plays with Shania Twain, Gwen Steffani and Shakira. Dylan Wilson is the bass player in the Ritchie Kotzen Band.
In a particularly innovative composition for acoustic guitars and string instruments, Joachim is supported by the cellist Hans Christian and the violinist Pablo Hopenhayn.
On selected pieces, one can hear Dietrich Pinhammer on the keyboards and the Hammond organ as well as the two percussionists Jürgen Pfitzinger and Sebastian Vogt.